Anniversary of an aerial imaging first

Time flies when you're having fun.  Just this week marked the 1 year anniversary of when we made UAS/Drone history when we shot aerials for Fox affiliate WDRB-TV in Lousiville. 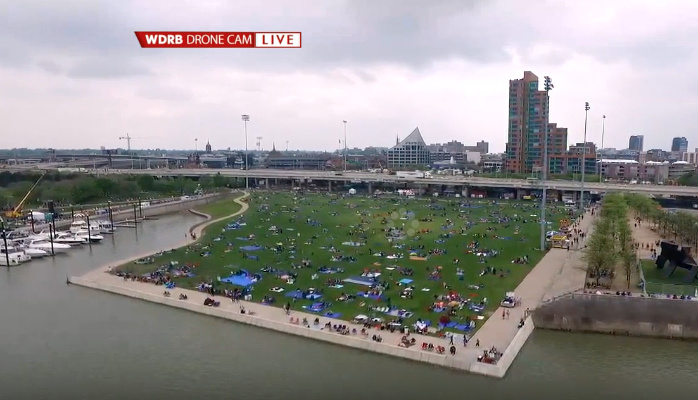 A joint collaboration with WDRB-TV in Louisville, KY made this possibile.  The Thunder Over Louisville airshow is the weekend before the Kentucky Derby and was broadcast live on WDRB, titled "Thunder on WDRB."  This multi-hour live broadcast featured many reporters and cameras all along the Ohio River covering the event from many angles.  After months of coordination with the Louisville FAA FSDO Office, we were granted authorization to fly our UAS (Drone) under the airshow's COW (Certificate of Waiver).

These UAS flights gave WDRB-TV an unprecedented aerial view of the crowds coming to Thunder along with the Louisville skyline.  In addition, WDRB-TV reporters were able to take live UAS video and cut to it during their live shots in the field.  UAS flights were conducted under FAA 333 exemption rules and standards.  2-way radio communication was established to local air traffic control (air show - air boss) through VHF airband radios and with a communications officer in the command center.  This facilitated immediate contact to the UAS for take off and landing clearances.

Because this was a successful deployment of UAS inside the congested airspace of an airshow, we hope this will be used by the FAA as a model for future UAS operations at airshows nationwide.

I hope a year later we continue this progress we have made, and hope the public perceptions of drones and UAS become a positive one.