Yep, another year is coming to an end.  Bye Bye 2017.  That means yes, I am getting older, but really this is a time to look back at our imaging accomplishments.  As a photographer, we always look back with a critical eye for detail first, then it's usually followed by our own acceptance and pride if we like the image.  Of course, the wonderful social media likes and shares certainly help too.  I want to thank 2 of my friends from the San Diego Photo/Sierra Club, Tracy M. Schultze and Alexander S. Kunz for the inspiration and motivation to compile this for 2017. 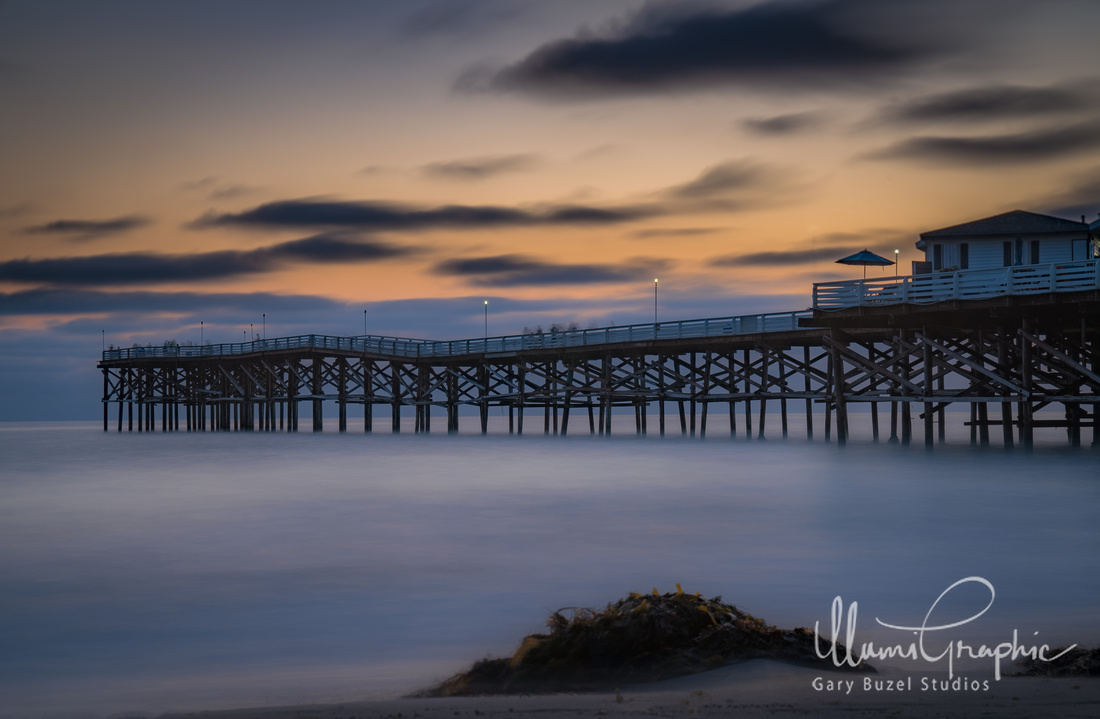 Out one July evening with some friends to shoot steel wool in the surf, I decided to step away from the group and walk several hundred feet south of the pier.  As I kept walking more south, I watched carefully as the light of the setting sun kept moving over the pier, first starting at the far end, and then it slowly creeped to the center of the pier as I advanced along the shore southward.

The foreground had this nice Kelp pile that washed ashore, which as you can see I placed in the foreground.  A nice 10 second exposure smoothed out the water and blurred some of the walking of the people on the pier itself.  This effects creates awesome mood and feel.  The picture was entered in Arizona Highways Focus on Photography Photo contest and won the Grand Prize of 2017.  This was an honor. 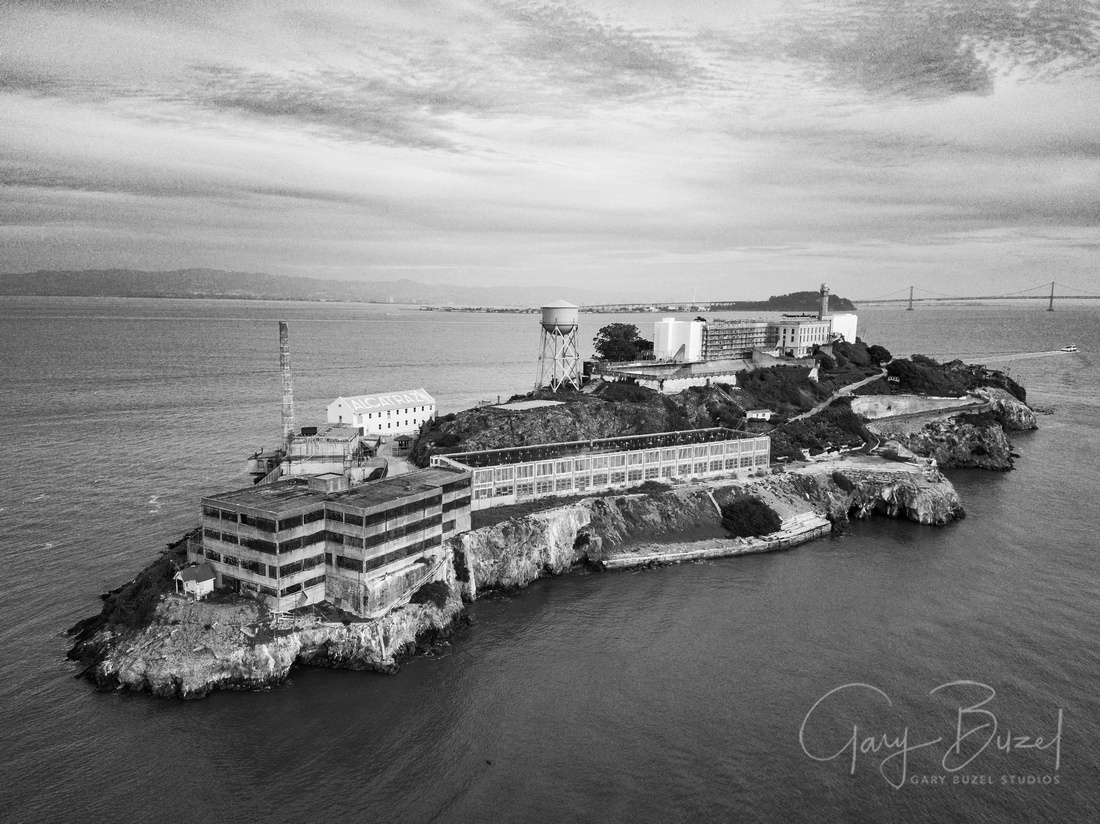 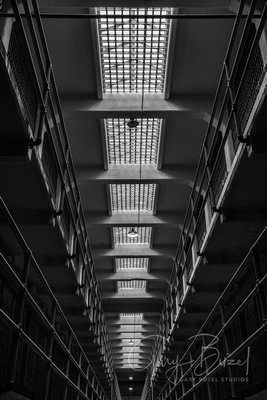 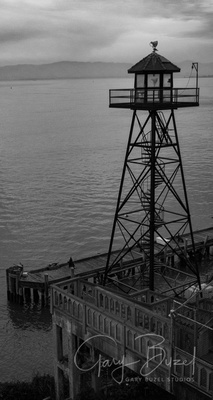 North WatchtowerOverlooking the bay for escapees.

The former site of Alcatraz Federal Prison, now a national monument has been a place that has alluded me for years.  I can't tell you how many times I have been to SF, but due to numerous reasons, I never got to the island.  On one cold day in February, I was up in the Bay Area on business and had some free time, so I headed there.  The place still has the feeling of cold and confusion.  A place where time was tough for its inhabitants.  While walking the island, I noticed a vibrant group of volunteers that have been caring for the building and grounds.  There is a nice garden in front which was being upgraded with more flowers while I was there.

Due to the grundy and timeless rustic feel to this place, I elected to go with a black and white gallery.   This is a these pattern I default to as I did in past years galleries for Eagle Mountain, and some mine ruins in Nevada.  Black and white photography is an art, that speaks tones which correlate into moods.  "Black and white are the colors of photography.  To me they symbolize the alternatives of hope and despair to which mankind is forever subjected." - Robert Frank.  Check out my Alcatraz film here. 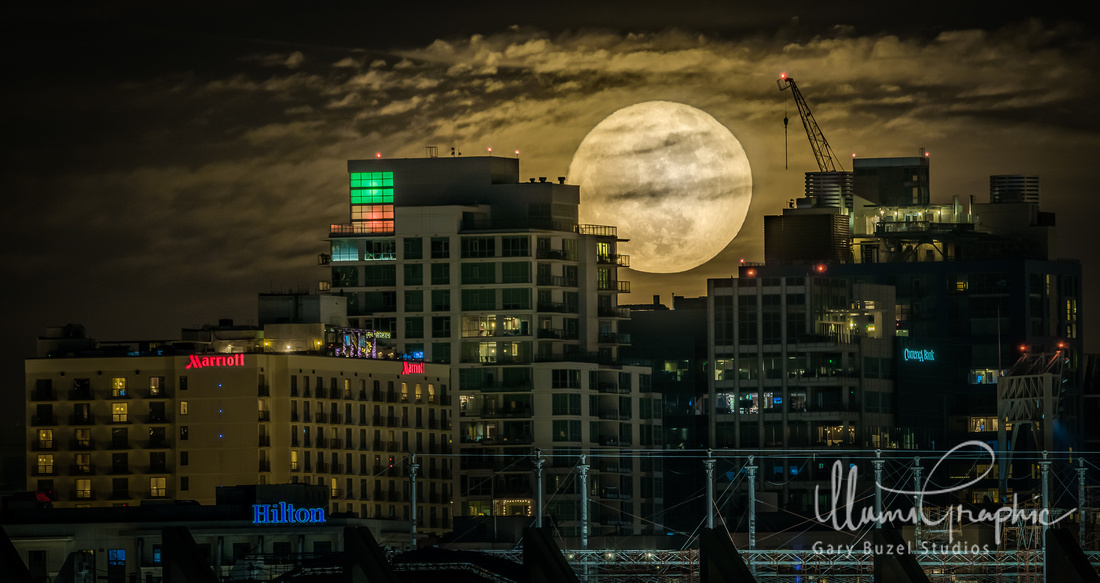 "Supermoon" over San DiegoA late fall Supermoon rises over downtown San Diego on a cool night while the city radiates its heat into the fall air.

2017 was a year of astronomical treats.  Taking the cake was the solar eclipse in August. Since San Diego didn't fall into the zone of full totality, I was left to enjoy other events like the supermoon of 2017.... This shot taken from the shores of Coronado using a Sony 100-400 f3.5-5.6 GM lens. 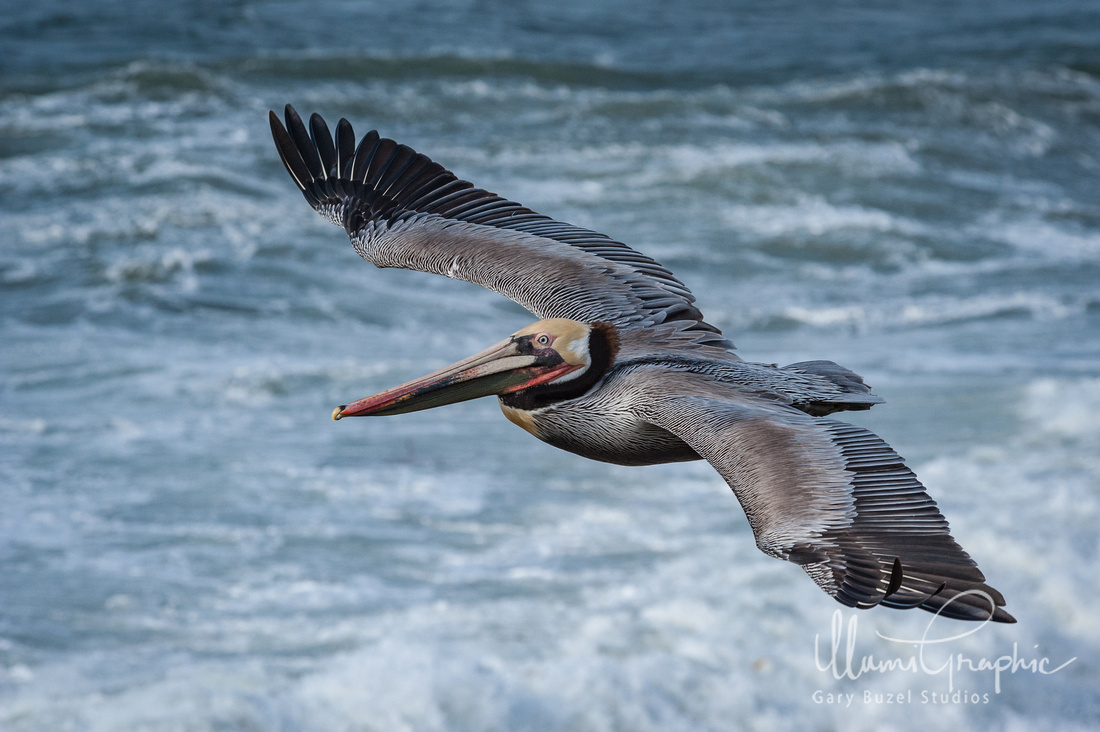 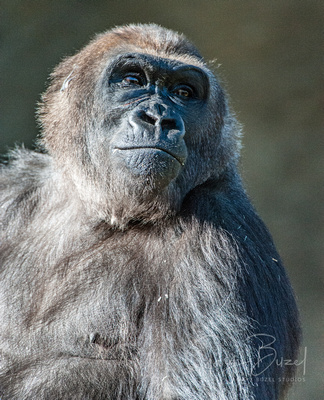 In 2017 I didn't get as much animal pictures as I wanted to.  I did make it down to La Jolla a few times and shoot the local waterfowl, and of course our wonderful zoo here in San Diego.  As a Sony shooter, I was pleased to ditch my Sigma lens for a new Sony 100-400 G Master native Sony lens.  Espically with birds and fast moving animals/subjects, the native lens with superior autofocus is great!  When we shoot animals, we need to take a minute and look at their simplicity.  What I mean by "simplicity" is how they are when it comes to personality.  We should take a lesson from this and keep life simple.

SNJ-5 GlowA SNJ-5 owned and operated by Air Group One part of the Commemorative Air Force.

Aviation is near and dear to me.  As a FAA licensed pilot for both airplanes and drones as well, and being a flight instructor, I don't hesitate to raise my lens for a flying machine.  The capture above is an AV8B Harrier Plus based out of MCAS Yuma doing a low pass at the 2017 MCAS Miramar Airshow.  The highlight of 2017 was shooting alongside San Diego area Aviation Photographer John Ford shooting Word War II aircraft at Gillespie Field.  Thats where I captured this nice sunset image of "Sassy" the SNJ-5 owned by Air Group One.  In 2018 I hope to get some more air-to-air shots in. 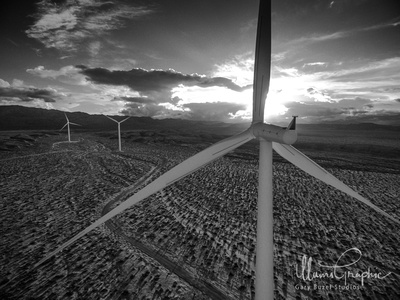 2017 I photographed and filmed several green energy projects for journalism work, advertising, and art.   The year started with a marketing shoot for a large hospital/medical provider in San Diego who just went green with a new solar array, to later heading out to the Imperial Valley Desert to meet a man on a mission to stop the wind turbine facility that was erected near his home (you can see that story here at 5:31).  The year ended with another marketing shoot for a major bank showing a solar panel shot in a TV commercial. 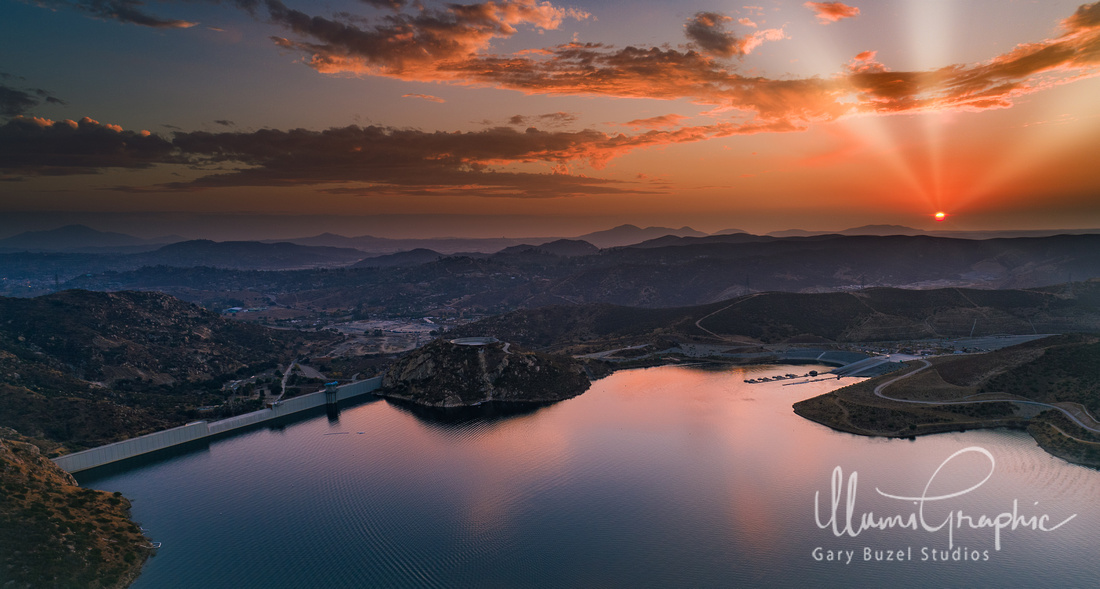 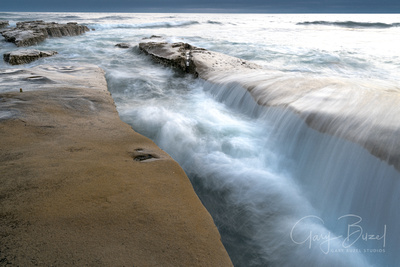 2017 was a year where I really had drone (UAS) capability integrate with my photography.  In years past the drone was mostly a video acquisition tool.  Above is the San Vicente Reservoir in Lakeside, CA.  I feel the drone will become a part of my everyday, every shoot, landscape workflow.

This year, I spent more time around water, exactly where I captured this image as Hospital Reef in La Jolla, CA.  I project 2018 will be a very big landscape year for me. 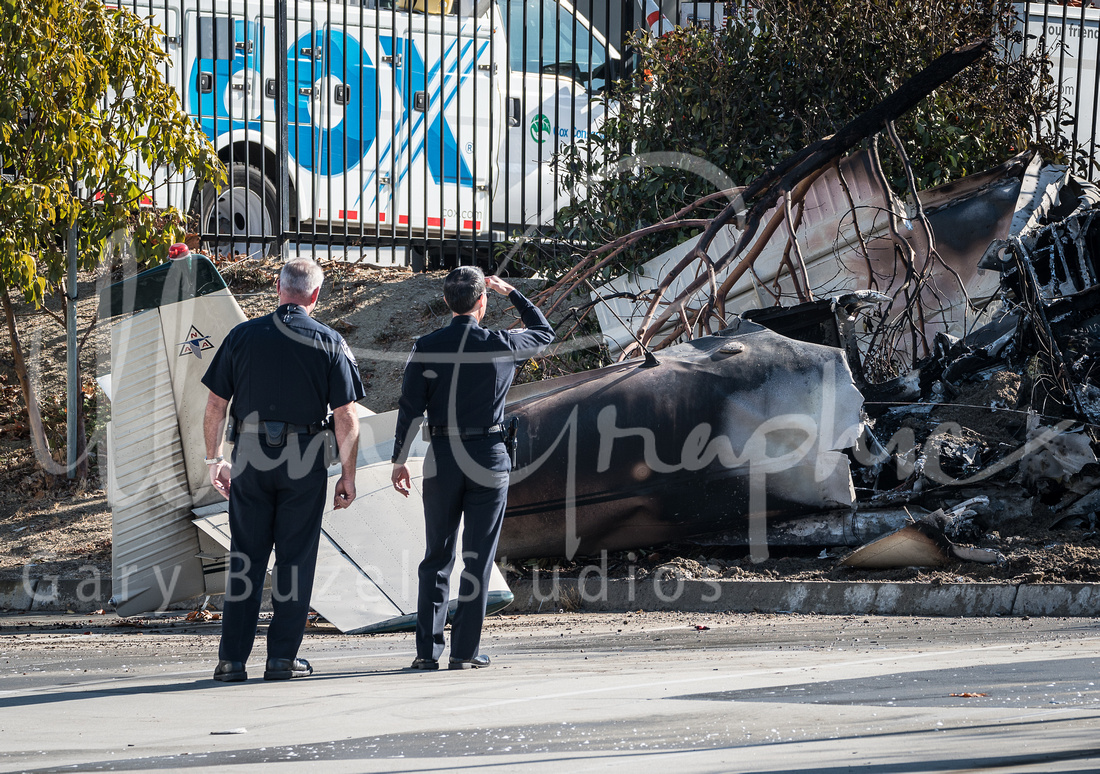 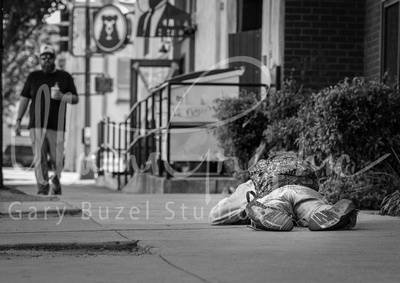 Homeless Man Passed Out on SidewalkSan Diego has been struggling with a homeless problem for many years now. They have become a everyday sight for residents.

San Diego is a city with a small town feel, but frequently has big city news taking place.  2017 is the year I ended my TV reporting career, but I will always be a journalist at heart.  The shot above is a North American Avion that crashed just after takeoff in December out of Gillespie Field I shot for an aviation website.  3 people on board survived and escaped the post impact fire.  The shot to the left is a homeless man passed out on a North park Street I found during a photowalk with friends.  I notice in the photography community frown about photographing the homeless or other tragic events. Some local photo contests won't even judge a street photo of a homeless person (I learned this firsthand).  As a journalist, you have to detach personally from capturing a moment.  Human life, like all forms of life has its ups and downs, we all experience them. Sharing the human story to the fullest includes its adversity, it is life.  Some of the best photojournalism photos throughout recent history would have been missed if the photographer carried an over sympathetic approach or guilt.  Frankly, I would have lost my job as a journalist many many years ago as well if I came back with just an excuse and no images.

On the MoveA Union Pacific Train heading toward Los Angeles 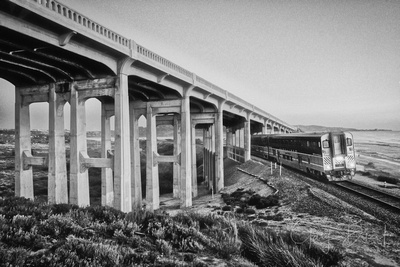 I have grown an affinity to trains lately.  The power, the sheer force of these mechanical beasts is amazing.  They are somewhat timeless to a degree and really are symbolic of classic Americana.  The shot above is an Union Pacific Diesel cruising along the Salton Sea heading to Colton, CA.  The shot to the left is the Amtrak Surfliner headed north to Los Angeles.  This year, I was lucky to attend some rail museums as well. 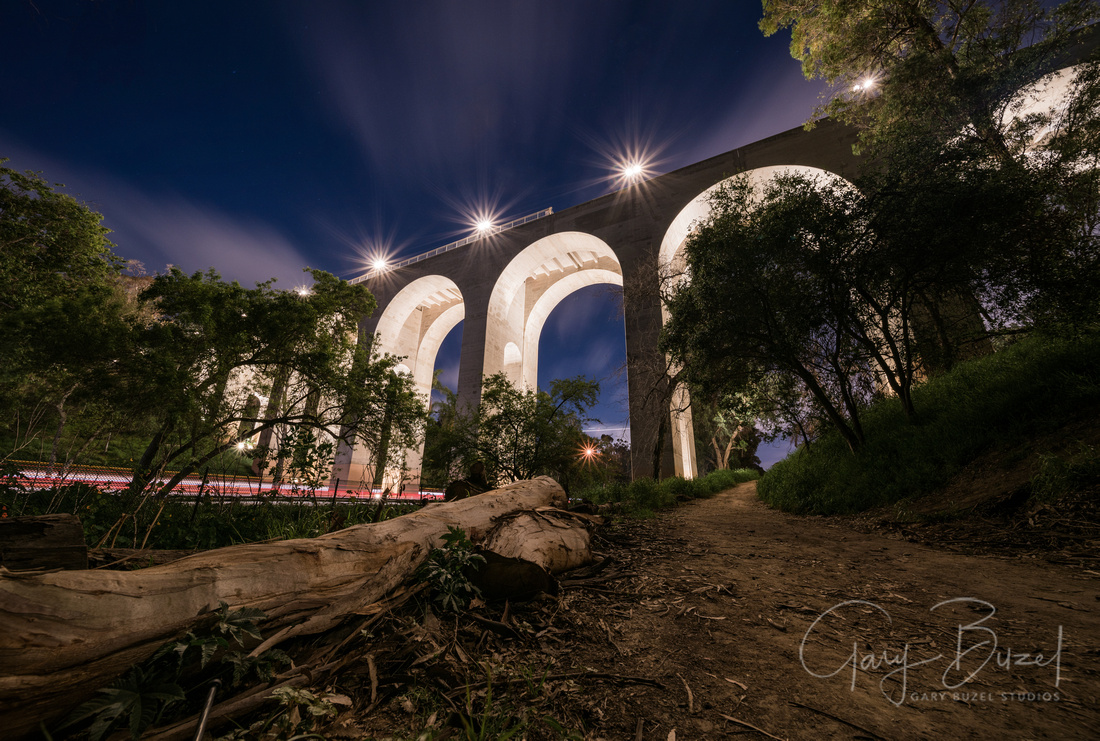 I am indeed a creature of the night.  The crisp air, and the calm still of the night can be an interesting environment to shoot in.  The shot above was taken with Sony Artisan of Imagery Spencer Pablo, who I just met for the first time that night.  He let me use his Laowa 12mm lens, and I got this shot of the Cabrillo Bridge.  Thanks Spencer.  The shot to the left is two young ladies admiring the Balboa Park fountain.  Yep, I'm sure you see the common theme here.  Balboa Park, San Diego.  A great place to shoot night shots! 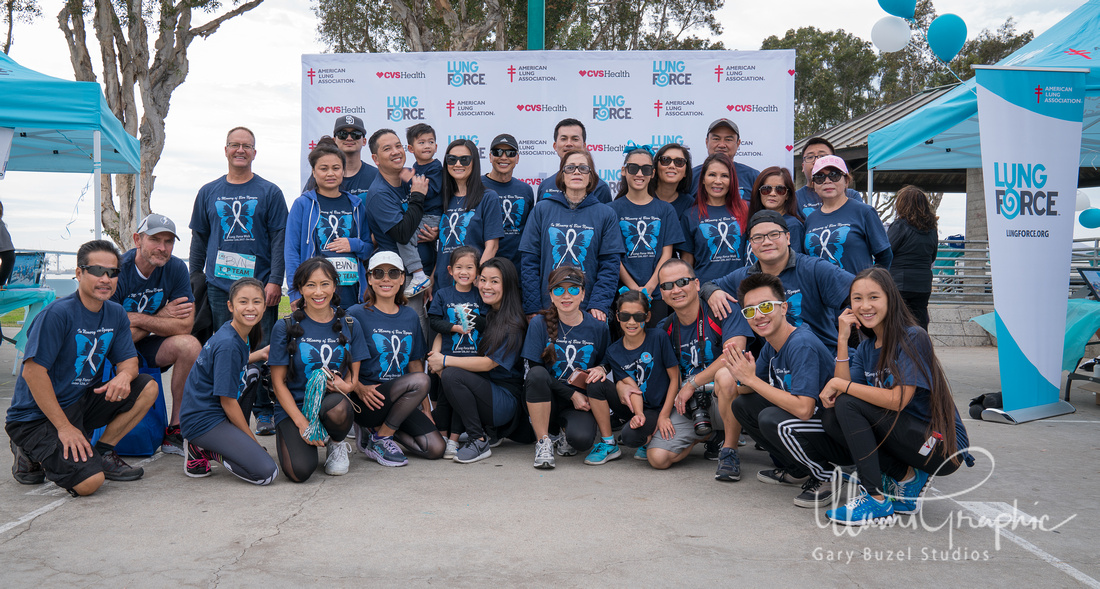 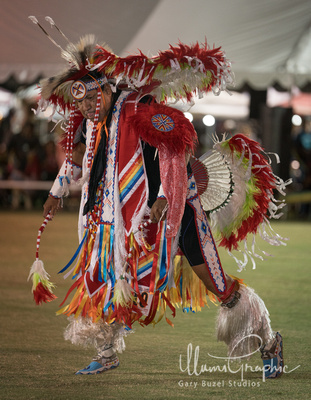 I have heard it said: "People is what makes it.." Now, what commercial I heard this in, I cannot recall.  But shooting people is a chance where a photographer can connect, can interact, and can build an image together with somebody.  We don't get this shooting horizons or machines.  The shot above is from LungForce 2017 in downtown San Diego.  To the left is from the Barona Pow-Wow, where culture of our Native American friends is on the main stage.  Both fun events to shoot.